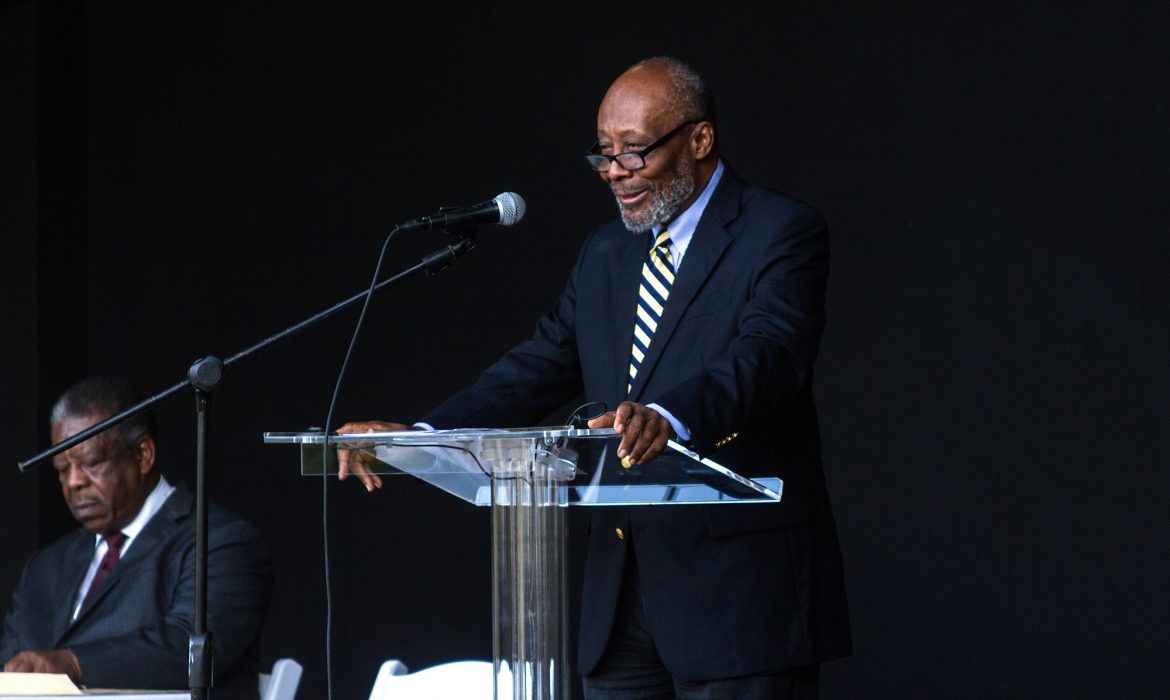 Welcome to this soft launch of the Arbitration and Mediation Court of the Caribbean here at the Walled Garden of the Museum and Historical Society one of only 10 walled gardens globally within a museum setting. This Walled Garden and our new Arbitration and Mediation Court share many features, principal of which are a commitment to providing a setting which promotes harmony and discourages dissonance; a venue and a court both of which also recognise diversity and variety in their manifold forms; as well as being two constructs which are both visual and virtual in their separate and distinct ways.

The evolution of AMCC has been punctuated by the necessary research and planning which such an entity requires. As a non-governmental non-profit entity it does not fit the typical organisational model of a dispute centre. It has however been formed to leverage on the existing attributes which exist locally and regionally; and while headquartered in Barbados, it nevertheless is readily available to our Caribbean neighbours. The effort to provide an Alternative Dispute Resolution (ADR) court in the Barbados is punctuated by efforts as far back as the beginning of this decade when the London Court of International Arbitration (LCIA) was first courted unsuccessfully and later the International Centre for Dispute Resolution (ICDR) was also courted with an equal lack of success.

Over the last three years, I have had the good fortune to appear as witness, expert witness and arbitrator in four jurisdictions of New York, Toronto, The Hague and Washington – and with the preparatory help of my partners when appropriate, I have become increasingly aware that the present day scope for expanded ADR services in Barbados and the Caribbean cannot be overstated.

This new Centre as a non -profit private sector led body represents a new model to meet the contemporary landscape. Its presence is not to compete with other existing ADR mechanisms such as the local Court Annexed Mediation Scheme, but rather to cooperate with such efforts and to enhance their scope for success. AMCC offers a virtual presence but also a visible manifestation. It will continue to sponsor and support increased ADR training, it will provide panels of Mediators and Arbitrators, it will host and support arbitrations and mediations; it will advertise, it will leverage, and it will administer.

We are all stakeholders together, varied in our professions and businesses, in our individual and collective needs and objectives but all committed to an entity and construct which is both business focussed with a genuine developmental purpose.

In this regard, there is no one within this Caribbean landscape who so proudly and efficiently represents this focus of legal and developmental efficiency than The Right Honourable Sir Dennis Byron – President of the Caribbean Court of Justice, and who has kindly and graciously agreed to address us this afternoon and give to all of us the benefit and imprimatur of his wide and focussed experience in developmental law gained over a wide space and concentrated in a relatively short time.

Allow me to share a brief synopsis of this career devoted not merely to developmental law but also to the law as a tool of development.

Sir Charles Michael Dennis Byron was born in Basseterre, St. Kitts on July 4, 1943 the first of four children of Vincent and Pearl Byron. Sir Dennis won the Leeward Islands Scholarship in 1960 and went on to read law at Fitzwilliam College, Cambridge University from which he graduated with an M.A and an LL.B. In 1965, he was called to the Bar of England and Wales by the Honourable Society of the Inner Temple.

Sir Dennis Byron distinguished himself in private practice as a Barrister‐at‐Law and Solicitor throughout the Leeward Islands, with Chambers in St. Kitts, Nevis and Anguilla from 1966 to 1982. His judicial career began in 1982 when he was appointed as a High Court Judge of the Eastern Caribbean Supreme Court. In 1999, he was appointed Chief Justice of the Eastern Caribbean Supreme Court, having acted in that position for two years. As Acting Chief Justice, Mr. Justice Byron made the establishment of the Eastern Caribbean Supreme Court Judicial Reform Programme a matter of high priority. In 1997, he launched the Judicial Education Institute as a Committee of the Chief Justice’s Chambers. The Committee produced a Code of Ethics for Judges, and organized a series of seminars and training programmes providing orientation for Judges, lawyers and trial Court Registrars. This Programme was a prelude to the modernisation of practice and procedure in litigation, which was brought to fruition when Mr. Justice Byron introduced the new Civil Procedure Rules 2000, which came into operation as of 31 December 2000 thereby introducing caseflow management to the civil process. With these reforms, Mr. Justice Byron set a three‐fold objective, namely, the enhancement of public access to the Court by simplifying procedures, the reduction of the delay in litigation, and the inculcation of a higher standard of professionalism at the Bar.

In March 2001, Chief Justice Byron as he then was, as a member of an international delegation of jurists travelled to Zimbabwe on a fact‐finding mission on behalf of the Human Rights Institute of the International Bar Association, inquiring into reports of abuses against the Rule of Law by the Government. Mr. Justice Byron was subsequently appointed by the United Nations Secretary General to replace Judge Lloyd George Williams, where he served as a Judge of the United Nations International Criminal Tribunal for Rwanda (ICTR) from June 2004. He was elected President of the Tribunal in May 2007, succeeding former President Erik Møse of Norway and was re‐elected for a second term as President in May 2009. As President of the Tribunal, Mr. Justice Byron was responsible for the overall management of the Court and for liaising with Member States as well as the UN Security Council. He led the implementation of ICTR strategic policies and the management of its external relations. While at the ICTR Judge Byron has sat on 7 trial benches and served on a number of pre‐trial benches.

Sir Dennis Byron has a particular interest in judicial education activities. He has been President of the Commonwealth Judicial Education Institute (CJEI) since the year 2000. In 1995, over a five month period, in tandem with Operation Uphold Democracy, in an initiative of the US National Center for State Courts, Judge Byron, with two other international Judges and a support team, organized judicial education programmes for the Judiciary of Haiti. Judge Byron also made presentations to the Judiciary of Suriname for another Judicial Education event geared towards Independence of the Judiciary in 1999.

In 2000, Mr. Justice Byron was knighted by Queen Elizabeth II and he was appointed a member of the Privy Council in 2004. Also in 2004, he was appointed an Honorary Bencher of the Honourable Society of the Inner Temple. Sir Dennis holds the first Yogis & Keddy Chair in Human Rights Law at Dalhousie University Nova Scotia, Canada.

The Right Honourable Sir Dennis Byron took the oath of office as President of the Caribbean Court of Justice in his home country before His Excellency Sir Cuthbert Sebastian, Governor-General of Saint Kitts and Nevis. Sir Dennis Byron’s inauguration comes further to his appointment by the Conference of Heads of Government upon the retirement of The Right Honourable Mr. Justice Michael de la Bastide TC, former President of the CCJ.

He is married to Lady Norma Byron and they have six children.