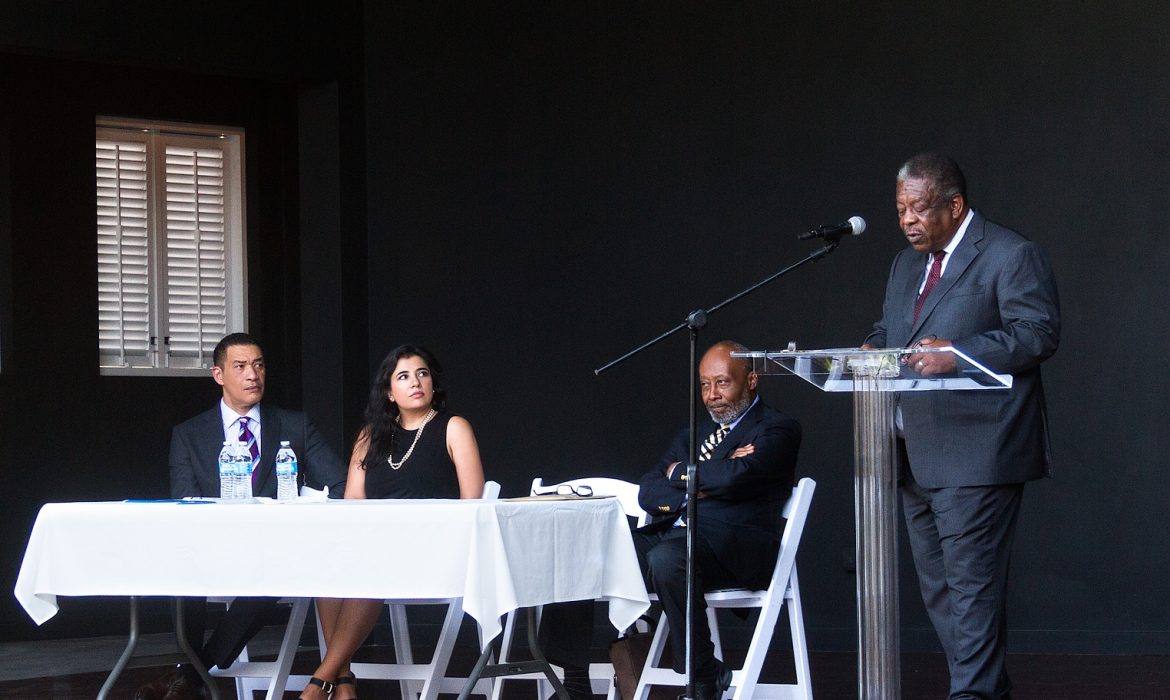 After unsuccessful attempts to link up with the LCIA and ICDR in past years, Barbados has launched its own homegrown international arbitration centre, the Arbitration and Mediation Court of the Caribbean, which is now open for business.

The centre was launched at an event at the Barbados Museum and Historical Society in Bridgetown on 12 October, including a keynote speech by the president of the Caribbean Court of Justice and patron of the Chartered Institute of Arbitrators Caribbean branch, Sir Dennis Bryon.

Its director general is Baria Ahmed, a UK-qualifed barrister and ADR professional and consultant who has worked in the field of dispute resolution since 2003.

The centre has already drafted rules for international and domestic arbitration and for mediation, which are being finalised along with fee schedules for the centre. The rules are in line with Barbados’s 2007 International Commmercial Arbitration Act, which is based on the UNCITRAL Model Law.

It has also hosted its frst training for arbitrators, in partnership with CIArb’s Caribbean branch and Barbados chapter.

The plan to launch a centre in Barbados has been on the cards since the year the act was introduced, 2007, when the country’s government approached the LCIA through its economic development agency Invest Barbados with a proposal for the establishment of the court’s frst regional ofce in Bridgetown. However, the efort did not get of the ground for reasons including the global fnancial crisis.

A few years later the government entered into discussions with the ICDR but again the initiative did not progress.

Undaunted, the members of the legal committee of the Barbados Chamber of Commerce and Industry including leading barrister Sir Trevor Carmichael QC commissioned a feasibility study into setting up a homegrown centre in 2014, with research conducted by Ahmed. The study indicated there was broad support for the establishment of a centre to serve domestic, Caribbean and international clients.

A year later, the report was presented to the government but, despite interest, funding was not forthcoming. As a result, Carmichael and others came up with the model of a private not-for-proft company that its funded by members. Its foundation member is Bridgetown-based law frm Chancery Chambers and other members are invited to get involved – including frms, legal practitioners, judges, arbitral institutions and government agencies.

The centre has a board of directors responsible for general administration but not the handling of cases; a court to appoint tribunals, determine challenges to arbitrators, oversee the application of the centre’s rules and control costs; and a secretariat to manage disputes.

In his keynote speech at the launch, Byron praised those behind the centre for coming up with a model that would work. “I think that in our economic situation as a small state, and our place in globalisation, this creativity and self-reliance must be commended and supported,” he said. “[The centre’s] dynamic journey demonstrates what can be achieved when stakeholders are determined to be part of the solution.”

Byron spoke about the importance of arbitration and ADR in promoting access to justice, relieving the burden on local courts and increasing the ease of doing business. He noted Barbados’ relatively poor performance in the World Bank Doing Business rankings [in 2017, it was ranked 117th out of 190 economies worldwide for ease of doing business and 21st out of 32 economies in the Latin America and the Caribbean region] and indicated that the centre could make a diference.

AMCC will “be a catalyst of investment growth in Barbados” and create a market for “a range of adjunct and ancillary services” including technological, translation and transcription services, he said.

He also spoke of the “rich domestic and regional framework” for ADR supported by judges and politicians. The 2001 Treaty of Chaguaramas, which established the Caribbean Community and CARICOM single market, envisaged the use of arbitration or mediation to resolve disputes, along with the Caribbean Court of Justice.

In Barbados, domestic arbitration and non-commercial international arbitration is still governed by an act from 1958, but a new act is to be presented to parliament shortly, he said. The law governing international commercial arbitration in contrast is modern and up-to-date and a 1980 act giving efect to the New York Convention ensures ease of enforcement of awards in the jurisdiction.

Byron further noted projects to harmonise arbitration legislation throughout the Caribbean. These include the IMPACT Justice Programme funded by the government of Canada and led by the University of West Indies and a project established the Guadeloupe-based Organization for the Harmonisation of Business law in the Caribbean (OHADAC) to create a Caribbean equivalent of West Africa’s OHADA to help promote economic integration.

He encouraged the AMCC to develop its ofering in line with the Chartered Institute of Arbitrators’ London Centenary Principles, a set of standards for safe seats of arbitrations developed in 2015, with special attention given to efcient case management.

In another speech, Carmichael said the potential for expanded ADR services in Barbados and the Caribbean “cannot be overstated” and expressed his hope that neighbours in the Caribbean would also make use of the centre.

Ahmed described the launch as an “exciting moment for Barbados and also the region”. And Andrew Ferreira of Chancery Chambers called for more member participation to ensure the fnancial sustainability of the centre.

The launch of the centre is some welcome good news from the Eastern Caribbean, which was recently battered by hurricanes Irma and Jose, causing devastation to the British Virgin Islands, home to another recently established arbitral centre.

BVI International Arbitration Centre survived the hurricanes and has been temporarily serving as a seat of government and hub for disaster relief. CEO Francois Lassalle tells GAR things are improving: “Clean-up eforts are intense, the island is progressively ‘reopening’ and will start welcoming back tourists at the beginning of November.”

“As for the centre, things are also getting back to normal with the departure of some of the government teams. We are back in full ‘marketing’ mode.”

In the Western Caribbean, Jamaica has recently passed a new arbitration act based on the UNCITRAL law to replace legislation from 1900 and launched an arbitration centre in Kingston, the Jamaica International Arbitration Centre (JAIAC).

The centre held a major conference with the ICC, CIArb and the Jamaica Chamber of Commerce in late August.